The Day I Forgot 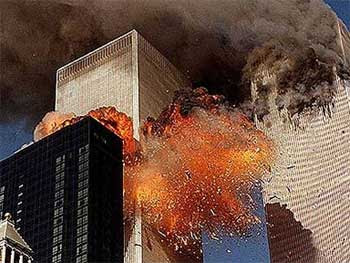 Yesterday, I woke up and went through my morning routine. After getting ready for the day, I woke up the kids and helped them get to their bus. As my custom, I turned on the morning news to catch up. And then I realized the date . . . September 11. Then I got upset.

I was upset because I had forgotten. The five previous years I distinctly remember waking up with this tragic memory emblazed in my mind. I had started my date with awareness, sadness and a sense of awe. Like the rest of the country, this date of infamy was slipping back to normalcy. I knew in that moment that this is not good for our nation, and was not good for me.

Later that night Beth went to the ladies prayer meeting. It was a very rare night in which I was alone, the kids were asleep. I had several options to entertain myself with sports, political analysis or something to read. There was a program called “The Day the Towers Fell” available too – but I could avoid that with dozens of others alternatives.

Well, I chose to watch the documentary on 9/11/01. And I had forgotten. I had forgotten the intensity of the sights, sounds and trauma. For a couple of hours last night, I watched and my mouth dropped. I was in awe again. I can’t believe that September 11 has become another day in our psyche. It was too real. It was too human.

We have forgotten Civil War veterans on Memorial Day.

We have forgotten War World I veterans on Armistice Day.

We have forgotten Pearl Harbor victims on December 7.

Let’s not forget the events of September 11.
Posted by Aaron Allison at 11:03 AM